Now on display at the Switzerland County Historical Museum is a special traveling exhibit from the Indiana Historical Society’s titled “The Great War: From Ration Lines to the Front Lines”. The exhibit showcases Indiana’s contributions to the war effort and the war’s long-lasting effects.
With “The Great War” visitors will see how Hoosiers experienced the First World War in distinct ways. While those of German heritage faced discrimination, African Americans and women pointed to their wartime contributions years later while advocating for social and political rights.
The exhibit also explores the impact the war-time demand for steel, machinery and equipment had on Indiana’s towns and cities such as Indianapolis, South Bend and Gary. In addition, the traveling exhibit explores the roots of World War I, America’s entrance to the war, the evolution of warfare, the construction of the American Legion Building and the Indiana War Memorial, and more.
“The Great War: From Ration Lines to the Front Lines” is made possible by Kroger. The exhibit will at the Switzerland County Historical Museum until October 1st.
In coordination with the exhibit, the Sons in Service flag from WWI made by the Switzerland County Red Cross volunteers is on display, with 389 blue stars representing the number who served from our county and 27 gold stars for those who died while in the service. A framed portrait of Congressional Medal Honoree Major Samuel Woodfill is also part of the exhibit. His uniform is part of our “Veterans Remembered” permanent display.
Pictured below is 4 of the panels that are part of the display. 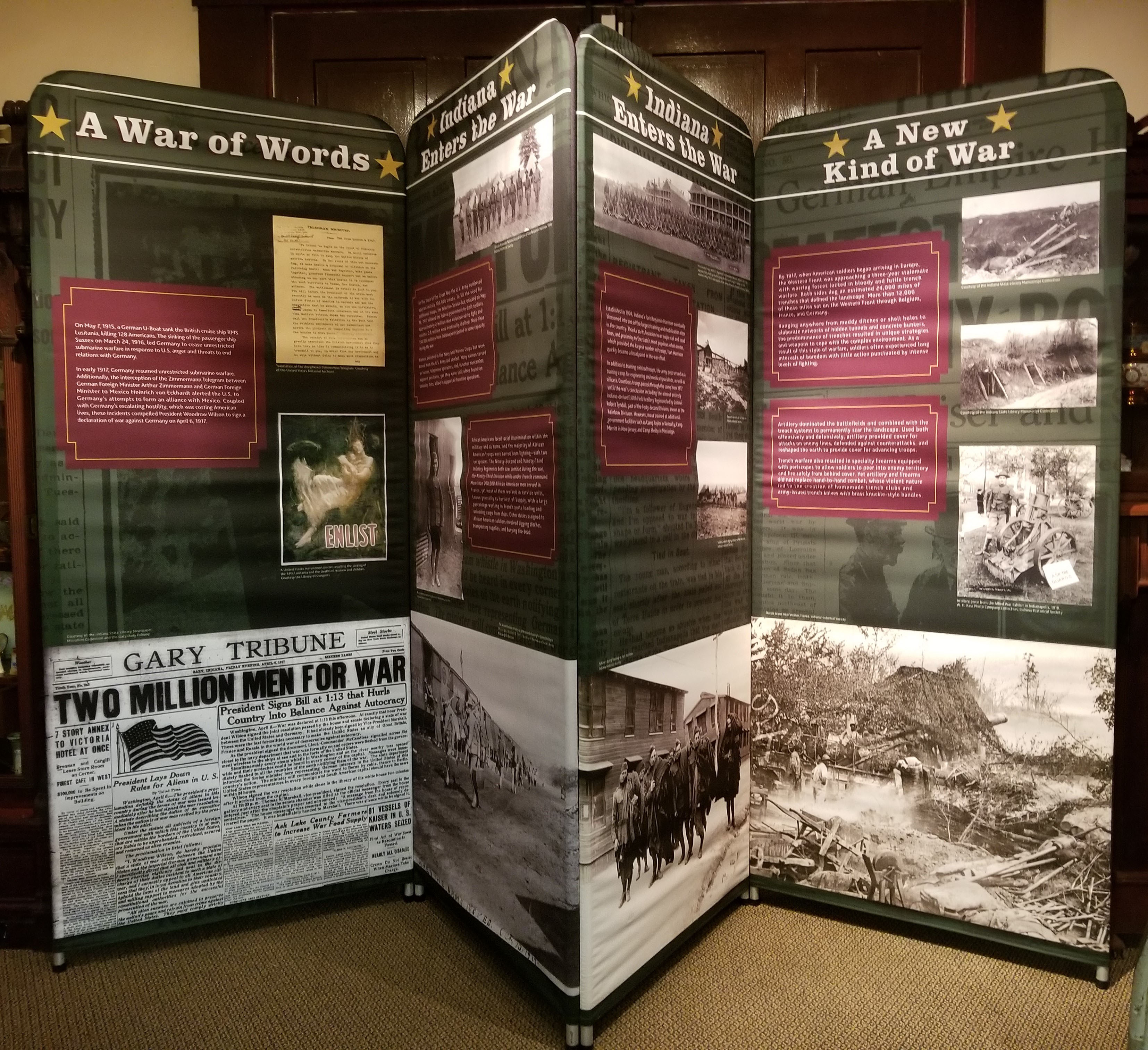